Medicine is not the same beast it was a few decades ago. Many of the current options, especially non-traditional options, did not exist year ago. Many medical students contemplate taking a year or two off to build a start-up, or utilize other advantages of being the progeny of a fast-paced information world. An interesting NEJM interview covered What has Changed in Medicine in the last 20 years, which may help to illuminate the differences for the millennial medical student.

Unfortunately, such drastic changes in the landscape of medical education can leave students wondering what the best path for them may ultimately be. And with the older generation inexperienced in the new order, advice may be hard to come by. Here are some of the considerations the Millennial Medical Student may want to consider in academia and occupation. 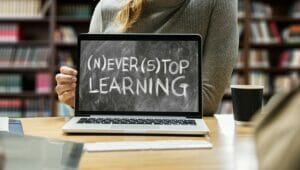 Dr. Charles Prober was one of the early advocates for changing the way medical school is taught. In his article, Lecture Halls Without Lectures (sorry, some of the links require subscription access, or Sci-Hub if you’re feeling particularly daring), he points out that medical education hasn’t changed sine the “Wright brothers were tinkering at Kitty Hawk.” He goes on to elaborate on how digital media may convey medical education in an effective and time-conserving manner: freeing up student time for other educational and personal activities. Though online classes, MOOCs, and other forms of distance education have been well-received in past decades by a wide array of academic fields, medicine (and law) seems to always be behind the times.

It is probably not a shock that the millennial medical student is often a fan of such designs. An article on advances in medical education states that many millennial medical students prefer the autonomy and control over their learning that such courses provide. In particular, many schools in the UK have adopted the “flipped learning” format for their medical curriculum. This allows foundational knowledge to be learned outside the classroom, dedicating the class to more advanced and interactive styles of learning. What Millennial Medical Students Say About Flipped Learning points out the preference for “choice, flexibility, efficiency, and the ability to control the pace of their learning”. 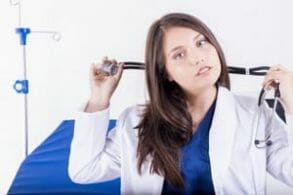 In the humorous GOMER Blog, they previously made a chart/meme about the differences in Old-school Residency vs. Millennial Residents. The view on millennials may have changed a little since 2015, but the chart holds true for many physicians that began practice prior to the real estate crash. There is such a disconnect that articles like 6 Tips for Recruiting Millennial Resident Physicians aim to guide the older generation in how to communicate effectively with millennial medical students and professionals.

Anecdotally, I have heard many students make claims that they “would rather have a longer, less intense residency” that allows them to have a family or personal life without the sometimes militaristic brutality of some residency spots. The question of Are Reduced Residency Hours Risky has been considered for years with both positive and negative results. In practice, it is the amount of experience, not the amount of time one attains during residency that matters. Perhaps it is time to consider not only academia moving towards a self-paced medical education, but residency as well? 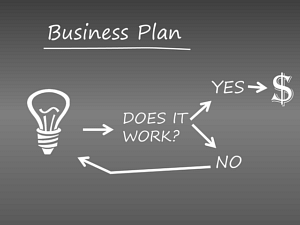 The recent concentration on the millennial generation from everything to how the next generation will communicate, the emotional differences compared to their parents generation, and even economic stability of the nation have created a flux of opinion pieces on the topic. Some give a positive twist, stating millennial doctors will not worry about change, have greater technology skills, and reject racism more than their predecessors. Others claim that millennial physicians may be a problem to overcome due to potential entitlement and other stereotypical criticisms.

The ACP has an interesting article stating that it is not the generation, but a changed environment that has caused the current concern. One thing seems certain, millennial medical students are not afraid to experiment with non-traditional methods of achievement. The MD degree can open up options for Non-Clinical Careers, such as: Freelance medical writing, Venture Capital, and other Doctorpreneur opportunities. SketchyMedical was also started by medical students, and is now a top image-based educational platform.

If there is anything to take away from this, is that millennial medical students are not the same creature as past generations of medical professionals. They were brought up in a different world, raised in different ways, and have access to different opportunities than in the past. They are also likely the generation that will fix many of the current problems in the world: from physician burnout to global warming.However, casting blame on millennial quality-of-life preferences does not necessitate a negative occupational difference. With those interested in start-ups, these doctor-entrepreneurs may also influence society in ways much greater than they ever could as a practicing physician. Only time will tell. Personally, I believe we should focus on the positive and creative aspects of a new generation as well as assist in guiding them to find their passion. This could guide the future of our society. 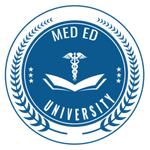